We’re pleased to announce a new version Pirform 2013.1 that is available now from our website. This is a minor release with a the changes and fixes and changes.

Pirform is the only electrical testing software on the market today with the relevant regulations from BS7671 built into the program – these include both the changes from Amendment 1 in 2011 as well as the 2008 version of the regulations.

Fix: ensured imported certs get all new fixes and updates.
Fix: recreation of missing three phase circuits was happening too many times.
Fix: changed text from Lighting Protection to Lighting in PIR, EICR and EIC 2011.
Fix: observation ordering did not correctly detect boards from location text.
Fix: changes to observation ordering in the certificate options was not respected.

Fix: crash when spell checking fire alarm certificates.
Fix: intelligence and Zs changes did not apply to copied circuits until after the cert was reloaded.

Print observations in board order

Pirform now prints the observations in the same order that you have your boards and circuits. This makes the certificates easier to read, especially when there are a large number of boards and observations.

If you change the reorder your boards or circuits, then the observations will be reordered in the printed certificate too.

If you want to show the observations in the order they were added (which was what happened in previous versions of Pirform), then you can change the setting in Pirform Options:

You can also specify that for individual certificates from the Certificate Options: 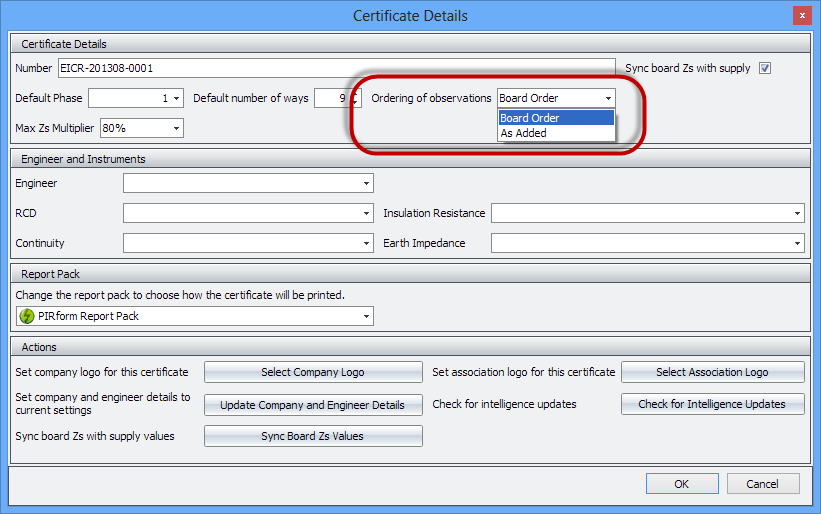 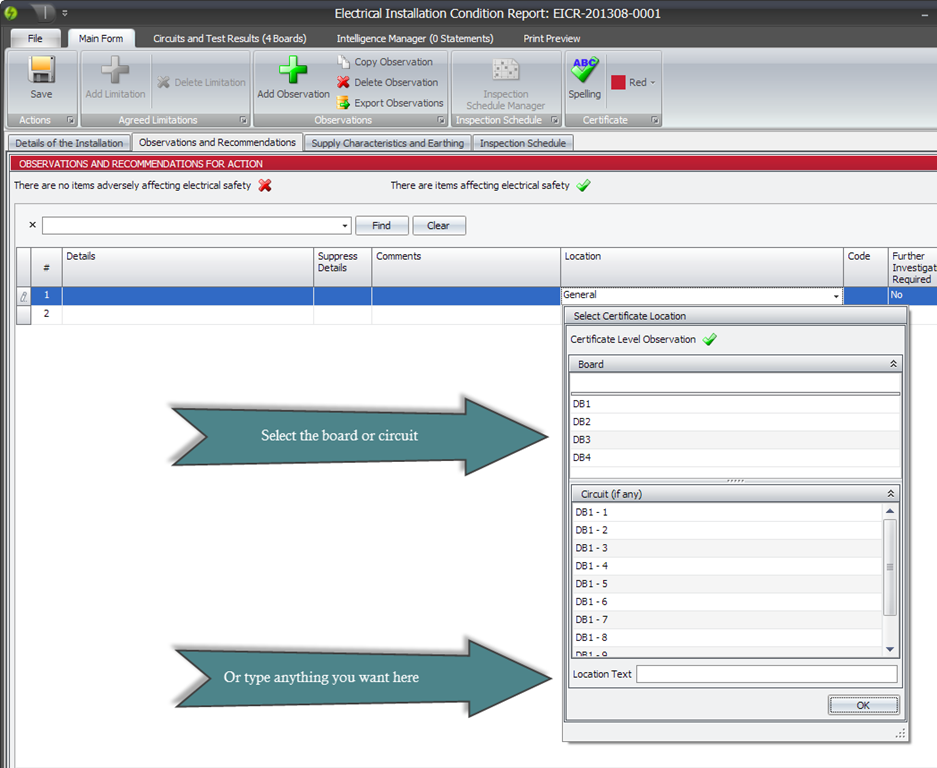 Change: improved the text on the message when Pirform cannot use your internet connection.
Change: Minor Works report text changed from Line Line to Live Live.

Fix: copying merged three phase circuits now shows the copied circuit group as merged.
Fix: error when deleting a circuit with no supply.
Fix: error in 811 when checking licence at start up.
Fix: error when closing a certificate under some circumstances.