Create EIC from EICR or PIR

We’ve added a feature to let you create an EIC from either an EICR or a PIR. Just select the EICR or the PIR in the Home Screen then click Copy or Create From and select the Create EIC option, as shown below. Your new EIC will open up with the same details as the EICR or PIR. 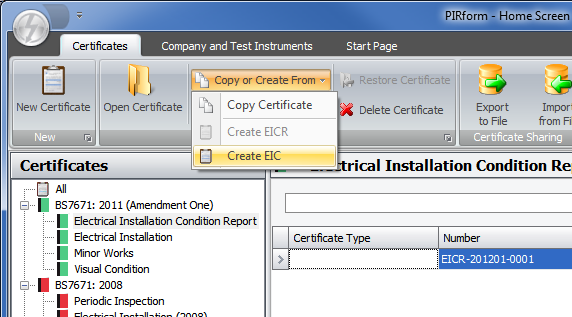 We’ve made it easier to scroll by making certificates scroll using the mouse wheel. This was requested by users to help with navigation on smaller screens.