We are pleased to announce the release of the latest version of Pirform. This release includes new pre-release support for EICs, improvements to the inspection schedules for EICRs and EICs and a number of other fixes and improvements, in particular to the 2018 MW.

This will enable entering and reporting of observations in the EIC. 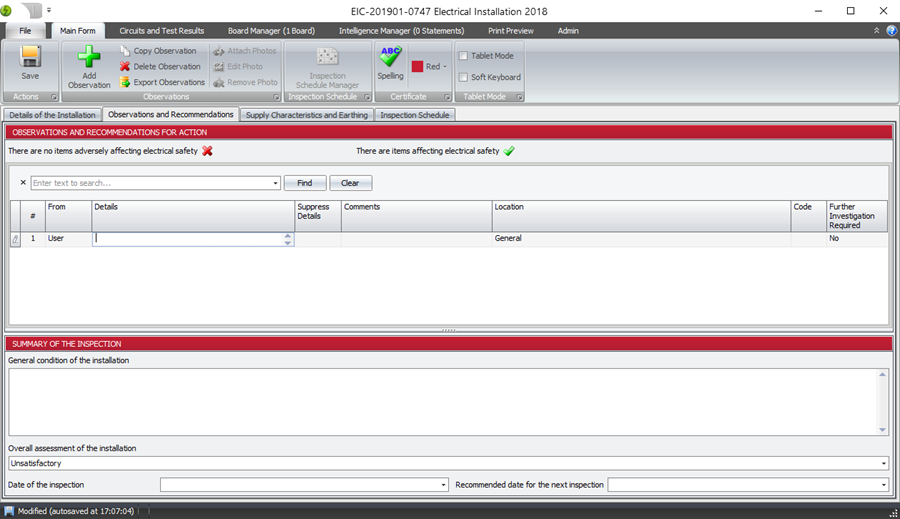 And the certificate is given a watermark to identify it as a pre-release version. 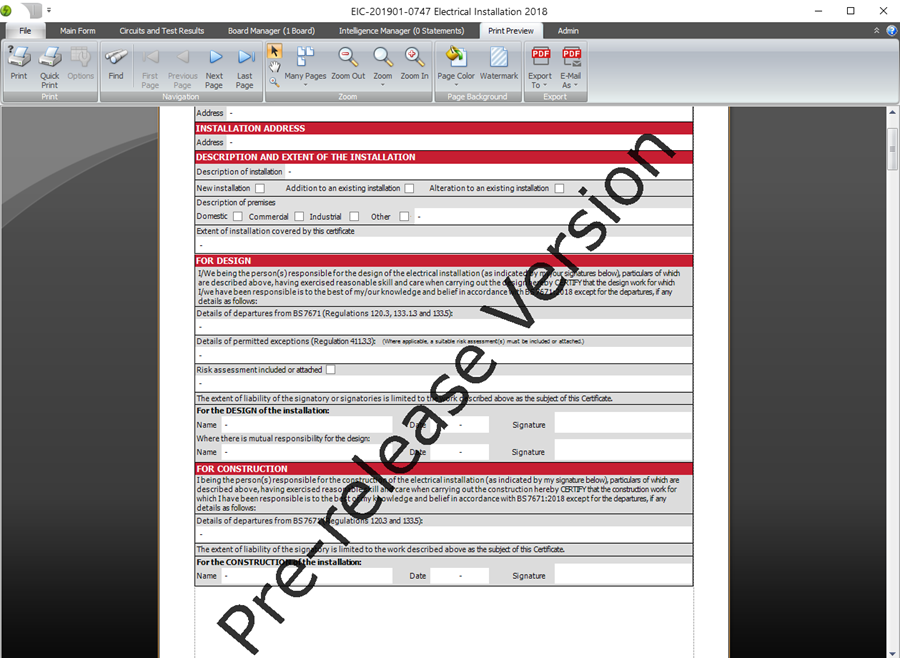 We have improved the way you view and work with schedule items in the EIC and EICRs. We now show items that are sub-headings.

You can now also see the item numbers right next to the code, making it easier to track the item you are working on. 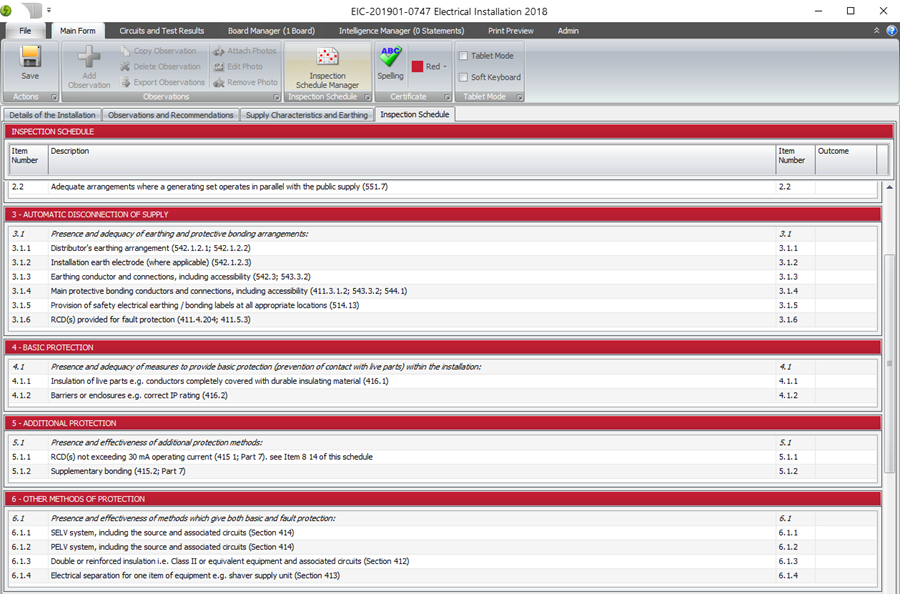 Other updates, changes and fixes

New: MW 2018 PDF now shows description of the premises.
New: EIC schedule item sections A-D added (available when experimental features in Pirform Options is on).
New: can now copy an observation when working in board observations.

New: EICR 2018 now allows recording of the extent of sampling and the reason for the next inspection time interval. 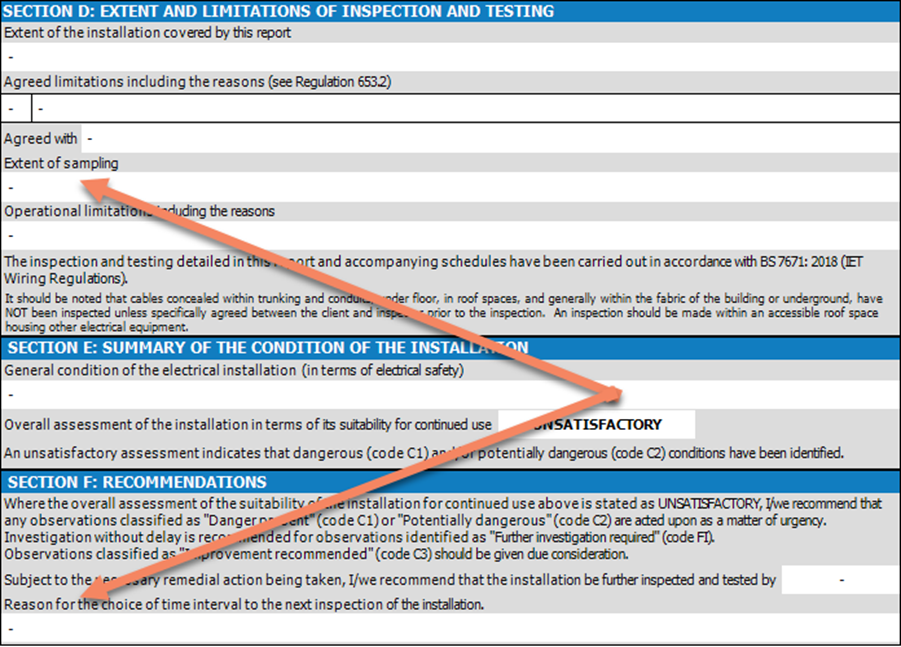