A new version of Pirform was released on 18th February, 2017. Changes in this version include the ability to add comments against an item in the schedule. 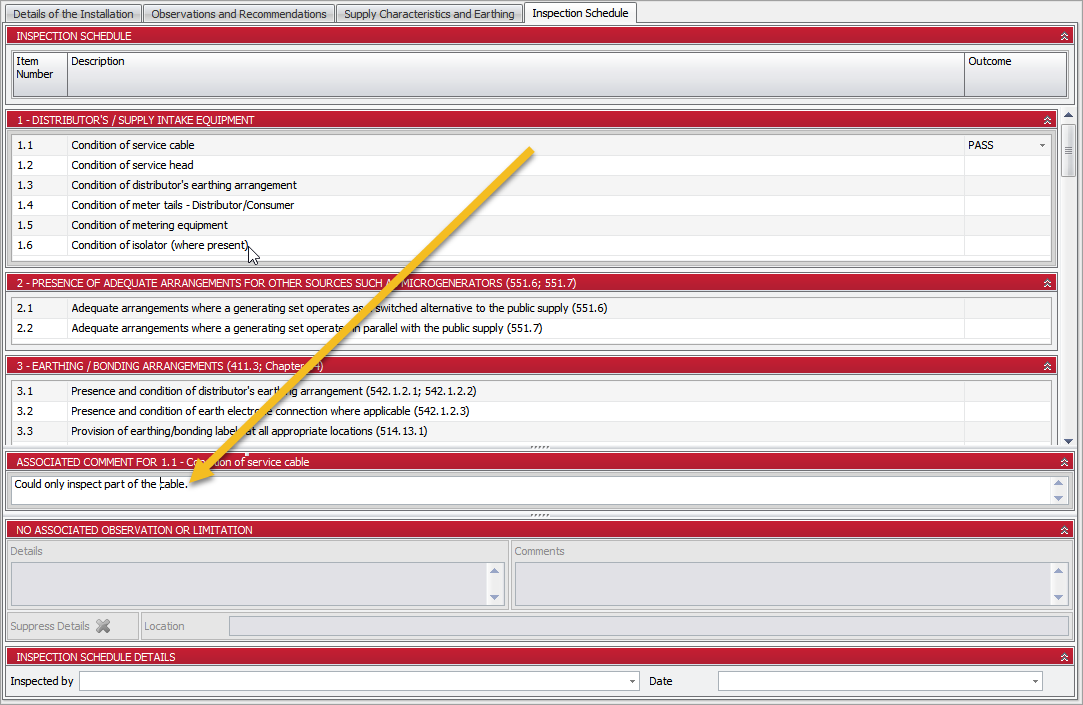 Any comments entered are shown directly under the schedule item in the PDF: 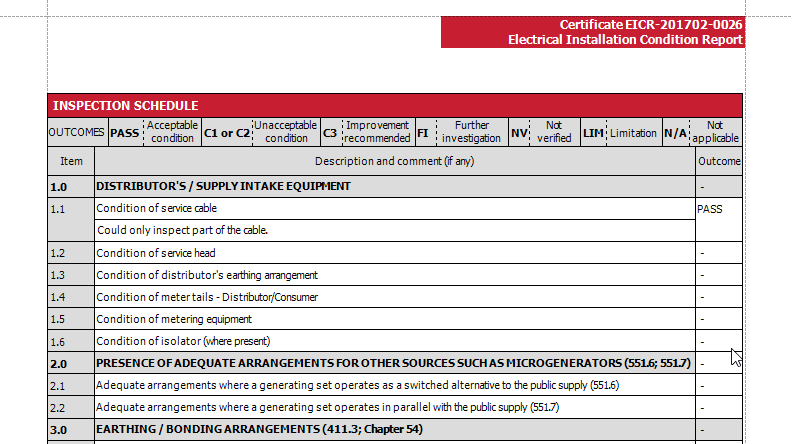 We have also made the layout of the main switch controls is now consistent across the EIC and the EICR.

The full list of changes and fixes are as follows:

New: comments can now be entered against schedule items in EIC and EICR.
New: clearing engineers in Board Manager now also clears their instruments.

Fix: corrected a typo in MW 2015 PDF ("protected device" has been changed to "protective device").
Fix: can now enter values for other sources of supply in EIC and EICR.
Fix: error when changing cert number with large number of pending intelligence evaluations (collection changed error).
Fix: occasional errors when the program was asked to copy information to the clipboard.
Fix: current rating was not appearing in the EICR PDF.
Fix: error when merging a board without a designation.
Fix: error after clicking next when a filter was applied in the certificate merge wizard.
Fix: error when creating PDF if there were blank values present in the list.

This release is dedicated to the memory of Derek Gordon Wickes, a good man who cared and who always kept pushing forwards.