A new version of Pirform for BS 7671 Amendment 3 was released on 03rd July 2016. This is a maintenance release and contains a number of fixes, and also brings Zs fields into the Minor Works 2015. Shine Forms has also been updated to 3.0.355 to add the Minor Works reports corresponding to the changes to Pirform. 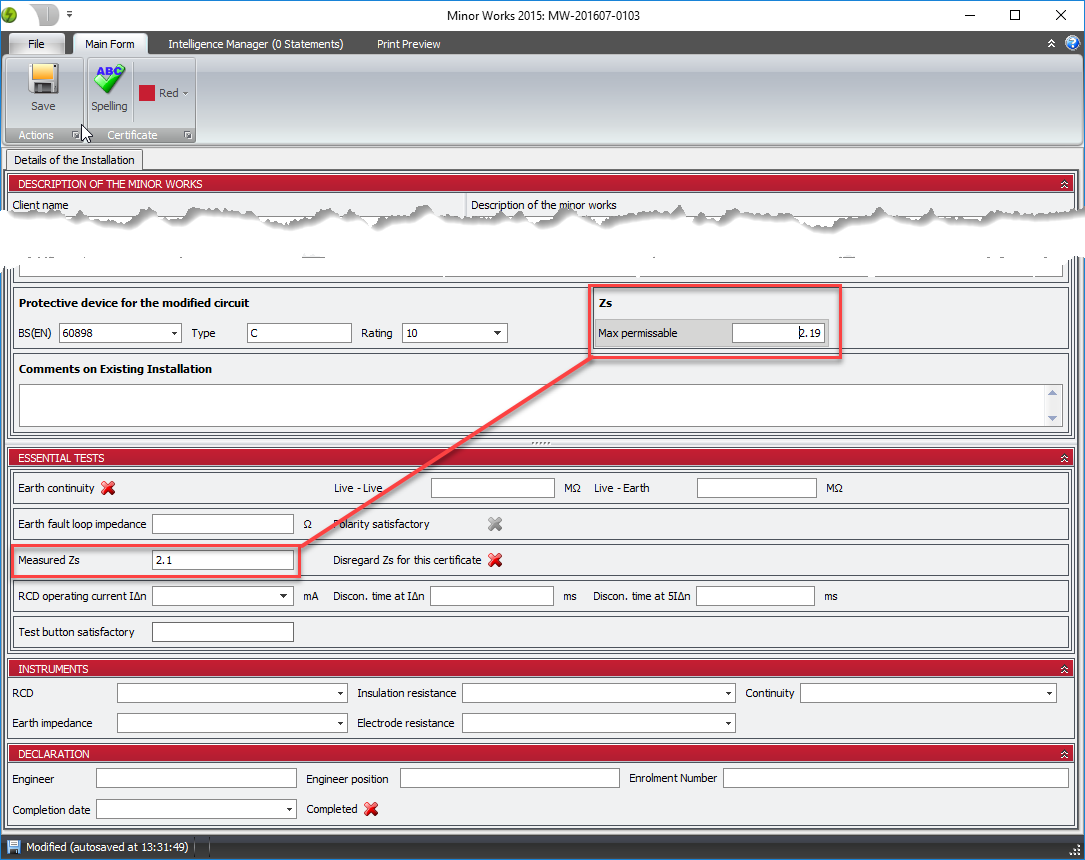